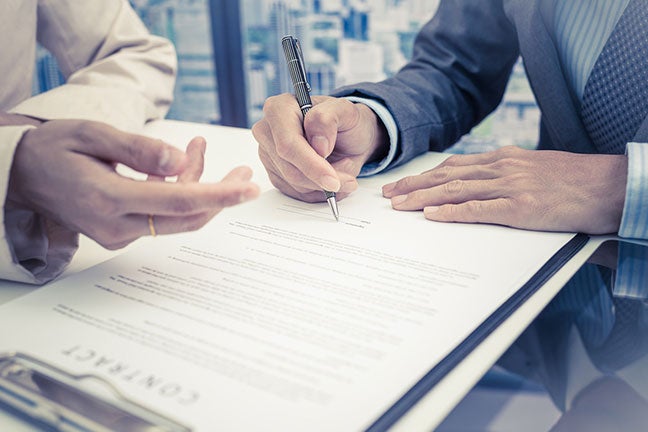 Here is an overview of three crucial employment laws that every individual and business should understand.

As evidenced by the fallout of the 2008 financial crisis, it is critical that workers’ hard-earned benefits are properly invested and adequately protected.

ERISA is a set of legislative measures that applies to private employers, and covers pension plans as well as healthcare benefits. Under ERISA, employers are required to adhere to several standards, including:

For employees, it’s critical to understand the differences between the pension plans that your employer offers. Not all plans are the same, and the plan you accept can play a major role in your retirement security.

The two primary types of pension plans are defined-benefit and defined-contribution. Defined-benefit plans guarantee that employees will receive a specific amount of pension funds when they retire.

Since paying into your pension fund entails specific investments, however, defined-contribution plans can vary based on how the investment itself performs.

Private employers have some flexibility in setting wages, but there are certain parameters that have to be followed. The FLSA determines the national minimum wage, with a variety of adjustments based on the industry and job function in question.

Even if you don’t work Monday through Friday, 9-5, you could still be entitled to overtime pay.

One of the legal challenges with the FLSA is that, as a federal law, the minimum wage it sets may differ from state laws. In those cases, employees are entitled to earn the higher minimum wage.

That means that private employers in applicable industries will have to pay a minimum of $15 per hour, even if the federal minimum wage remains at $7.25 per hour.

The FLSA also covers overtime pay, a critical issue that many employers unfortunately overlook in order to cut costs. Overtime regulations apply to all “covered nonexempt employees”; exemption is determined by several factors including:

The FLSA requires that any nonexempt employee who works over 40 hours each week is paid at least their usual wage plus one half of that rate (commonly referred to as “time-and-a-half.”)

Remember also that when calculating eligibility for overtime pay, your employer is not allowed to average time worked over a two-week pay cycle. The rules apply to each individual workweek, regardless of when during the workweek those hours occurred.

Workers’ Compensation laws differ in each state, but they are based on the same general principles nationwide. This type of legislation protects employees in the event that they because injured or ill at their place of employment, due to the functions of their job.

Businesses who meet certain criteria are therefore required to pay into workers’ compensation insurance. Employees do not have to pay any contribution to this insurance and should never be asked to do so. Workers compensation coverage reduces legal risk and liability for employers, so paying into it can provide significant protective benefits.

In most cases, workers compensation coverage does not cover situations for an employee intentionally became injured on the job or engaged in negligent behavior such as substance abuse, which led to an on-site injury.

Another standard exception is when an employer’s egregious negligence has led to significant harm to the employee. For example, if a business knowingly exposes its employees to illegal toxic chemicals, employees who develop illnesses as a result can still reasonably pursue a lawsuit.

Businesses and employees should always check their state’s Workers’ Compensation laws to determine which exceptions could apply to their circumstances.

Know Your Rights; Avoid Being In the Wrong

These employment laws, in addition to the many others that have been enacted, are there to protect both employers and their employees. Legislation differs by state and varies significantly based on industry and job function. Learn more about which employment laws may apply to you here.