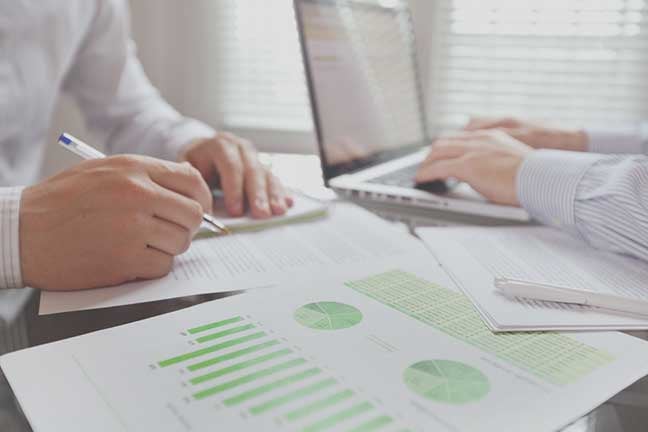 Should You Trust Your Financial Adviser?

The first ever large-scale study of misconduct by financials advisers and financial advisory firms finds that bad behavior tends to cluster around repeat offenders at an individual and an organizational level, with many advisers who get fired for misconduct landing at large firms with high misconduct rates. This concentration, the authors suggest, is not the result of random mistakes, but of firms targeting vulnerable customers.

If you have reason to believe your financial adviser has acted fraudulently or is not acting in your best interests, contact the Business Trial Group for a free case review.

Researchers from the University of Minnesota, the University of Chicago, and Stanford collaborated on an economy-wide analysis of financial adviser misconduct in the United States in order to document the extent of unscrupulous behavior in an industry that many Americans rely upon, but few trust.

Trusting one’s financial advisor is crucial, they argue, because stockbrokers are experts relative to investors, making it difficult for customers to gauge the level of services and creating the potential for abuse. Financial advisers consistently rank among the least trustworthy professionals, surveys reveal.

Mistrust of brokers seems to be justified, according to “The Market for Financial Adviser Misconduct,” which found that misconduct is an industry-wide problem.

But while misconduct is widespread, it is not spread equally across the industry. Several of the largest financial advisory firms displayed a pattern of misconduct against financially unknowledgeable customers. “Such firms are more tolerant of misconduct, hiring advisers with unscrupulous records,” the researchers write.

Conversely, firms with a low tolerance for misconduct use their clean records to attract knowledgeable customers.

Other key findings from the study include: 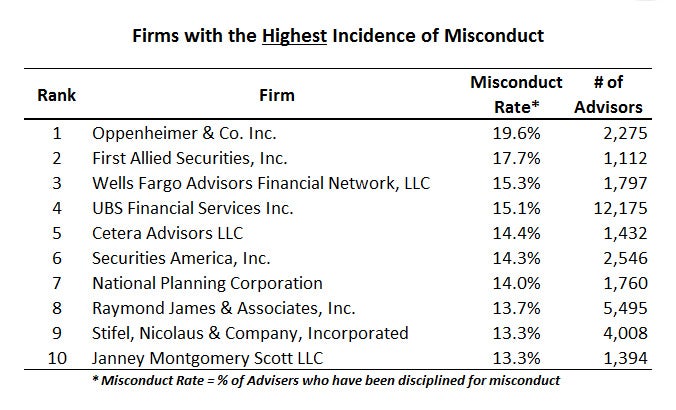 To count as misconduct, disputes must have settled (not be dismissed or pending). Misconduct includes activities such as recommending unsuitable investment products, misrepresentation, omission of key facts, recommending risky investments, unauthorized activity, negligence, fraud, and breach of fiduciary duty.

True financial misconduct levels are likely higher than the study estimates, according to the researchers.

How Investors Can Protect Themselves

Yet the Securities and Exchange Commission reports that most Americans don’t conduct a broker background check, while those who do rely on search engine results.

Failure to perform a comprehensive background check can be costly. The median settlement paid to consumers is $40,000—nearly 60% of the average household’s net worth. One-quarter of settlements exceed $120,000. Over a recent two-year period, financial industry misconduct settlements totaled $974 million.

The FINRA Broker Check database (the same database used by the study authors) is a free, easy way for customers to run an advisor background check. Checks can be performed using an adviser’s name, or their unique CRD number.

Suspicious broker activity should be reported to FINRA and the SEC. Anyone who suspects broker misconduct may also wish to consult with the securities attorneys of the Business Trial Group.

Pay Nothing Unless We Successfully Resolve Your Case

While brokers who commit misconduct are allowed to continue working in the financial industry with few consequences, victims of broker fraud and negligence have no guarantees that they’ll be reimbursed for investment losses. In fact, fewer than half of the misconduct disclosures found in the study resulted in settlements or other payments to customers.

Large investment firms such as Oppenheimer and Wells Fargo earn billions of dollars in revenue per year. These powerful companies ordinarily have an advantage in legal disputes, even when they’re in the wrong, since they can afford more legal costs than the average investor can.

Find out whether you can recover your investment losses during a free case review.