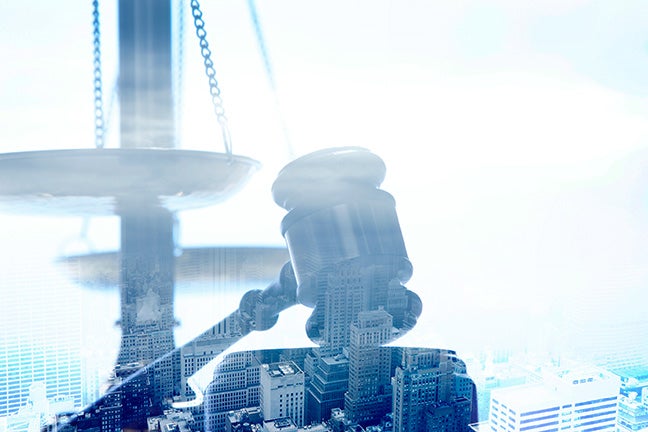 Navigating FINRA Arbitration: How to Find Justice in an Unbalanced System

In many industries, victims of fraud and misconduct have the option of filing a lawsuit and seeking a just resolution from a judge and jury. For many investors and securities industry employees, however, the available legal options are far more limited. For them, FINRA arbitration is mandatory.

What does it take to prevail against Wall Street?

The New York Times’ recent coverage of arbitration between Barclays Capital and a former Barclays employee perfectly demonstrates why FINRA arbitration can be so challenging for individuals going up against massive securities firms.

William Thomas Pair worked for Barclays Capital for several years, having been recruited from his previous position at UBS. To convince Pair to join Barclays, the firm offered him a $1 million forgivable loan, which would be paid off after several years of employment.

At one point, Pair’s loan was renegotiated to pertain to Barclays Bank, a British company, which means it should not have been subject to mandatory FINRA arbitration.

Several months before that 7-year mark, Barclays fired Pair and assigned his outstanding $600,000 loan balance back to U.S.-based Barclays Capital.

Barclays then filed for FINRA arbitration against Pair, who chose to represent himself. Barclays, on the other hand, was represented by highly paid outside legal counsel.

The arbitrators chose to throw out the former broker’s key witness for unclear reasons. Pair lost, and no sufficient explanation was given for why Barclays had passed the outstanding balance back from its British owner to the U.S. subsidiary.

Pair’s story is, unfortunately, not an unusual outcome in FINRA arbitration. In fact, in 2013, securities customers were awarded some portion of their claimed damages in only 42% of arbitrations.

The mechanics of FINRA arbitration

The challenges involved in FINRA arbitration are complex and fairly institutionalized, but navigating them is possible.

As an independent non-profit, FINRA exists to create and enforce securities regulations for the protection of investors and the overall health of the securities industry.

The challenges for victims of securities industry misconduct center around two major concerns.

First, when you pay for the brokerage services of a securities firm, in most cases you sign away your right to a trial. This is also the case for employees of banks and brokerages who wish to resolve legal disputes with their employers.

Securities firms have powerful outside counsel at their beck and call, which means that standing up against them in arbitration—and prevailing— is a tall and often expensive order. As the Barclays case demonstrated, losing in arbitration can result in a former employee or investor being liable for the firm’s legal costs.

Second, arbitration panels are often far from neutral. Though they are required to remain impartial, the reality is that arbitrators are paid based on how many arbitrations they handle, and if they become known for giving Claimants favorable awards, the banks and brokerages will not use them. There have been past instances demonstrating some arbitrators’ potential conflicts-of-interest.

How are FINRA arbitrators chosen?

Arbitrators are charged with the weighty responsibility of deciding whether those who file claims deserve an award. FINRA maintains a roster of over 6,000 arbitrators.

In order to become certified, arbitrators must complete approximately 10 hours of coursework and an entrance exam.

According to research conducted in 2009, the proportion of arbitrators affiliated with the financial services industry, in contrast to those who are not, is approximately 1 in 3.

This is reasonable in the sense that those with a securities background have first-hand knowledge of the nuances of the industry. It is concerning in the sense that some arbitrators may have strong ties to powerful securities firms, which could potentially color their decisions.

FINRA has reviewed this issue in response to concerns that it may cause bias, and has passed restrictions on who is eligible to serve as a public arbitrator. Still, the structure of the system as it stands may make individuals involved in FINRA arbitration feel that they are powerless against a biased system.

Corporations have a right to retain high-powered, high-earning legal teams to defend themselves. The problem is that the party bringing the claim often does not have equal resources to fight back.

At the Business Trial Group, we have seen the devastating impact that the power imbalance in favor of Wall Street can have on individual investors and employees. Many hard-working people have lost not just their investments, but their entire careers and livelihoods as a result of the misconduct of securities firms – only to suffer further losses in FINRA arbitration.

That’s why we combine highly qualified legal representation and securities specialization with a contingency-fee business model. In our experience, this is the most effective way to prevail against major investment firms.

It allows individual clients to take the time they need to build the strongest possible case without having to float the cost of expensive hourly attorneys’ fees.

Learn more about investors’ rights here, or contact us to learn how we could assist you with a FINRA arbitration claim.